A downloadable game for Windows

"Exilus" is a Sci-Fi Metroidvania-esc platformer.

Inspired by such games as Exile (1988) and Metroid (1986/1987/1988), you control a small pixelated spaceman trying to find his way off of a hostile planet while combating hostile invaders and exploring deep caverns and ancient ruins.

The game features two difficulty settings which change power-up locations and level design, adding some replay value, as well as an introduction/tutorial, and will encourage player exploration as opposed to linear game-play (at least to an extent).

The game also features a randomized powerup mode that changes the locations of most major upgrades and guns on a run-by-run basis.

There is a loose story-line in Exilus, with a simple introduction and epilogue playing before and after each new game. In-game text is minimal. The game was developed by a single developer over the course of a year between 2016 and 2017.

So I've been hacking at it for a while now, and I'm waving the white flag... sorry. Got up to the lava lab area after getting missiles, but couldn't kill a boss. Turns out you can save next to a boss and just camp them out til they drop, but not this boss, and I couldn't find any other ways forward. One frustrating thing about the world design is how easy it is to miss stuff. Falling into unescapable pits is very common, locking everything behind. I'm pretty sure that I've missed a lot of stuff due to these one way locks, and I felt painfully underpowered in that area. I started again, but ended up falling down the same holes, still missing stuff (I presume). I'm stuck relying on really dodgy tricks, like quitting to menu then going back in to get a free energy, so that I can save next to bosses. Thanks for the e fix, but I don't think I can beat the game...

Well, thank you for giving it a shot at least! I'm sorry about it not being the best experience, but I appreciate your perseverance!

Hey, the game looks great, I'm gonna keep playing, but I just wanted to give a quick, pre-review. I love metroidvanias, and I love the sound of all these special modes, especially the randomiser, which sounds very cool.

One of the first things I notice though, is how hard it is to learn the game. Controls aren't stated in the main game, I didn't even know to use mouse. Feels weird playing a tutorial, and it kind of ruined the surprise of future upgrades. It would be best if these were introduced in the main game, giving you time to learn the powers. I also keep accidentally pressing e, which seems to permanently activate cheat mode. This has killed five runs now, and I'd be very appreciative if this control didn't exist. My final problem is with how clunky this intro feels. Having done five runs, I'm very sick of the slow beginning crawl, having to refill the jetpack, not having any run ability and the slow text. These are a bit of a hinderance; manageable, but perhaps consider making the intro more replayable.

Despite all of that negative stuff, I'm eager to beat it and try out the randomiser (which I guess is the ?! mode?) I like how the game looks and feels, it was just a tad hard to get used to controls.

First off, thank you for being honest and also enjoying/trying the game! It was one of my first releases, so I agree that it's pretty rough around the edges (and also very barebones in its tutorials and overly slow in the intro). In terms of the cheat button, however, I think I can upload a version without that in it, which I probably should have done sooner tbqh.

So, I've updated the game, removing the cheat button. Also, to  increase the text speed, holding SPACE should speed it up a bit, although that might still be too slow. 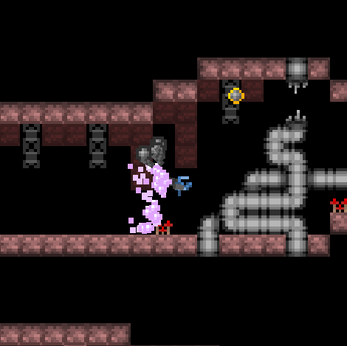 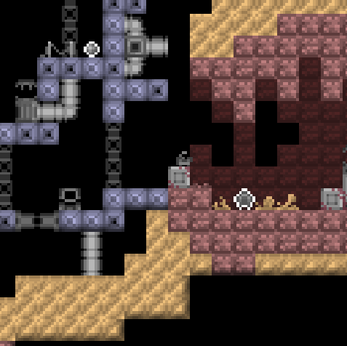 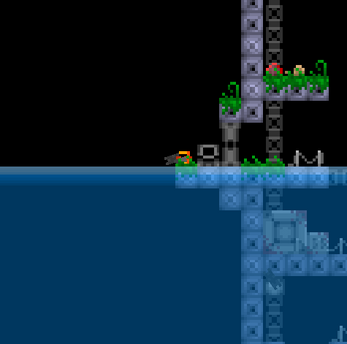